“Somebody’s going to get sick this week.” warned Jimmy Walker’s wife after seeing photographs of players making their way through the tall grass of Erin Hills golf course during a practice round for the US Open golf tournament. Mrs. Walker’s husband recently returned to the competitive golf scene after time off recovering from his own battle with Lyme Disease and she is now acutely aware of the dangers posed by tall grass and wooded areas. The course has been referred to as tick central by tournament volunteers and that is no surprise as tick populations have been exploding in the past two years. Erin Hills’ knee high grass is challenging enough when competing for one of the most prestigious torments in professional golf without the dangers of being bit by ticks when entering the monstrous ruff, but most players are probably not even aware of the hazard of being bitten by a tick.

“I felt awful, like I had the flu every other week” remarked Walker. Having no choice but to keep pushing through, Walker just kept taking Advil and playing through the pain. After the Honda Classic in February, he apologized to his competitors for his short fuse, later confessing to his wife that his mood changes were scaring him.

“How long I’ve had it? I don’t know. I know I haven’t felt great since about then,” said Walker. “Been talking to some doctors, trying to figure out the course of action to take and get on some meds to get it going in the right direction.” 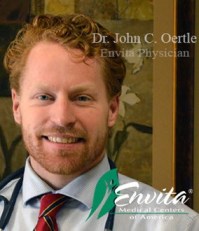 Dr. John Oertle of Envita Medical Centers touched on the harsh reality of Lyme Disease and why it is so hard to catch. Diagnosing is difficult because the disease progresses in stages, mimics many different autoimmune diseases and everyone has different reactions throughout the heart, liver, brain and central nervous system. Symptoms can manifest as brain fog, flu-like symptoms, mood changes, depression, fatigue, etc. “It becomes this downward spiral” Oertle explained, “it can become almost a deterioration of the body from the inside out”.

Walker, a generally private individual, is sharing his experience to hopefully bring to light this issue for those who may be suffering and not even know they have Lyme. In the past weeks, he has been approached by players who also suspect they could be experiencing Lyme.

Jim Furyk, champion of the 2003 US Open, explained that his agent contracted Lyme Disease while following Furyk at the 2004 US Open in NY. Furyk also explained that, regardless of his agent’s prompt diagnosis, “he was sick for the better part of a year”, “It’s Nasty” he exclaimed.

Golf courses, with long grass and wooded areas, are a perfect breeding ground for ticks and precautions are necessary when your ball ends up off the beaten path. Worrying about ticks when trying to hit that perfect shot is probably the last thing on your mind but you should always check for ticks that may have attached or jumped onto clothing after going into wooded areas. Early detection is the best way to prevent Lyme and other tick born infections. It can take from 24- 48 hours for Lyme to transmit from an attached tick so checking your self after hitting the Lynx is a great defense, and drying your close on high heat will kill any stowaways that may have tagged along from the course. Keep these hints in mind and keep yourself safe this summer.

If you suspect Lyme Disease and want to learn more, click here.